This brings you back down to earth. With the rest of us. Seven months after we started corresponding, Krista and I finally met in person at the Dean Hotel in Dublin in the spring of I saw her through the Georgian windows—petite, pregnant and in heels. When she sat down in front of me, I could not believe it. But if you had joined us that day, it would have been hard to tell us apart: the sound of our voices nearly identical , our dispositions strangely similar , our mannerisms often overlapping and the conclusions we arrive at always out loud and almost always in tandem.

Krista let me know our biological mother was planning a pilgrimage to the U. This time she wrote back about the universe lining things up for us to meet. Meeting my biological mother was the beginning of the enormity of it all, of coming face to face with what it means to be adopted. It is impossible to confront the separation from my origins without tackling the mother-daughter relationship. Would the sacred bond withstand everything?

The void of time, the uncertainty, the weight of secrecy? The taboo of giving away your own child? Can it withstand such extreme severing? Or does it just break? Like skin breaks when we cut it, even if we tried to avoid that sharp edge, like glass breaks when it slips out of our hands, making unfortunate contact with gravity and cement, like hearts shatter when someone we love leaves us, even if we saw it coming.

It was raining, of course—this was London. I waved from across the street as cars passed between us. I stared, waiting for the light to turn, waiting for it to register: the stranger standing at the lights 15 feet away gave birth to me. I was struck by the foreign and familiar sound of her voice. It was high-pitched, melodic, childlike and disarmingly sweet.

The weekend hosting Bio Mom was pleasant enough. We sat around the kitchen table and talked—rather, she talked. Bio Mom said she was happy I found her.

She told me she has five other children with different partners. She never wanted to marry; she is too independent for a husband. She worked in finance doing something that involved accounting, or insurance, or both. Her true vocation is as a reiki practitioner and a healer. When I thought she had covered everyone and suggested lunch, she said we were only halfway there.

Not yet. My heart raced as I braced in anticipation: was she going to apologize for abandoning me? But she was sorry she never got back to me in I gave her the grand tour of my house, introducing her to my dog, Lucy, and my boyfriend, showing her the vanity Vitsoe shelves in my office displaying the magazine covers I had designed for the Sunday Times Magazine and Wallpaper.

The signposts of my life seemed to validate her decision to give me up. The tour extended to East London. I bought her lunch, dinner, breakfast and lunch. She slept in my room, and I took the Cassina couch. I told her about my family, how I am loved, how I was raised. I had been refraining from asking The Big Questions out of politeness, not knowing her well enough—or at all—and because I felt uncomfortable. She answered some of them indirectly. 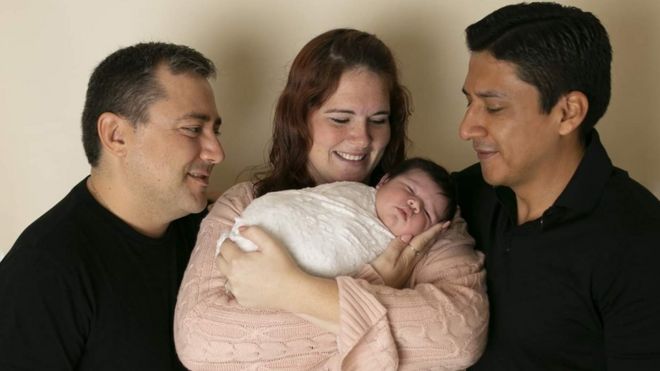 And she was not prepared to tell me his identity. Instead she promised she would contact him on my behalf. She said she would tell everyone else in her family about me, including my siblings, who were minors. Her Christmas present to the family was going to be a surprise—and I was said gift. I am not sure who was more stunned: my biological relatives, who had learned of my existence mere moments before, or me. For the next eight months, Skyping with my maternal grandparents became a regular Sunday occurrence.

Larry, otherwise known as Grumpy, accepted me immediately and without question. A retired air traffic controller, he was quick-witted, sharp-tongued and open-hearted to a fault. We got on famously. When Grumpy was 20, he discovered his true loves: aviation and my grandmother, Beth. They married in and flew off to an army base in France. When he found out about me, he called the family historian to add a branch back onto the tree.

Separation and loss were familiar to my grandfather: his mother, Evelyn, was adopted. Before that, his grandfather Alfred. When he was eight, his father died of tuberculosis. Two years later, he was separated from his brother, put on a boat and shipped off to Canada.


He landed in Ontario and became a Barnardo Home Boy, one of , children used as indentured farm workers or domestic servants. By June, I was making travel plans for a reunion at the end of the summer with my grandparents in North Bay. I knew his first name, Tony. This led me to an Italian family from the area who looked remarkably like me in Facebook pictures. But after two years of looking at photographs, I was not prepared to send a letter to the number-one paternity candidate based on an educated guess.

I needed per cent certainty. In the absence of proof, I believed Bio Mom was the one person who could confirm his identity. She had tried to contact him and said she knew he got the message. We reached a stalemate. I overcame the urge to jump to the worst conclusion or jump off a building. The belief in the validity of my search began to falter. Days before the reunion, on August 22, , Grumpy Skyped with news. At a bar in North Bay called the Portage, my uncle had run into a family friend: Tony. He congratulated my uncle on the acquisition of a new niece.

I was still on Skype with my grandparents when I sent my birth father a Facebook friend request. He accepted immediately. In August , I returned to North Bay, the town where I was conceived, a place where a soy latte is a unicorn and motor boating is the official form of public transportation. A friend dropped me off at Webers on Highway 11, where Grumpy and Nana picked me up and drove me to their house on Trout Lake—they call it the Cottage in summer, the Chalet in winter.

I was greeted by balloons, roses and my three youngest maternal siblings. The next morning I went to Arugula, a stone-baked pizza restaurant, to meet my biological father.


Tony was standing in front of a black SUV—tall, dark, handsome and smiling. We had the exact same smile. When we sat down for lunch, we compared medical notes. We both had the same scars across our necks because we both had half of our thyroids removed. I tried not to stare: is that my funny skinny lip?